The Astronauts of Fine Art 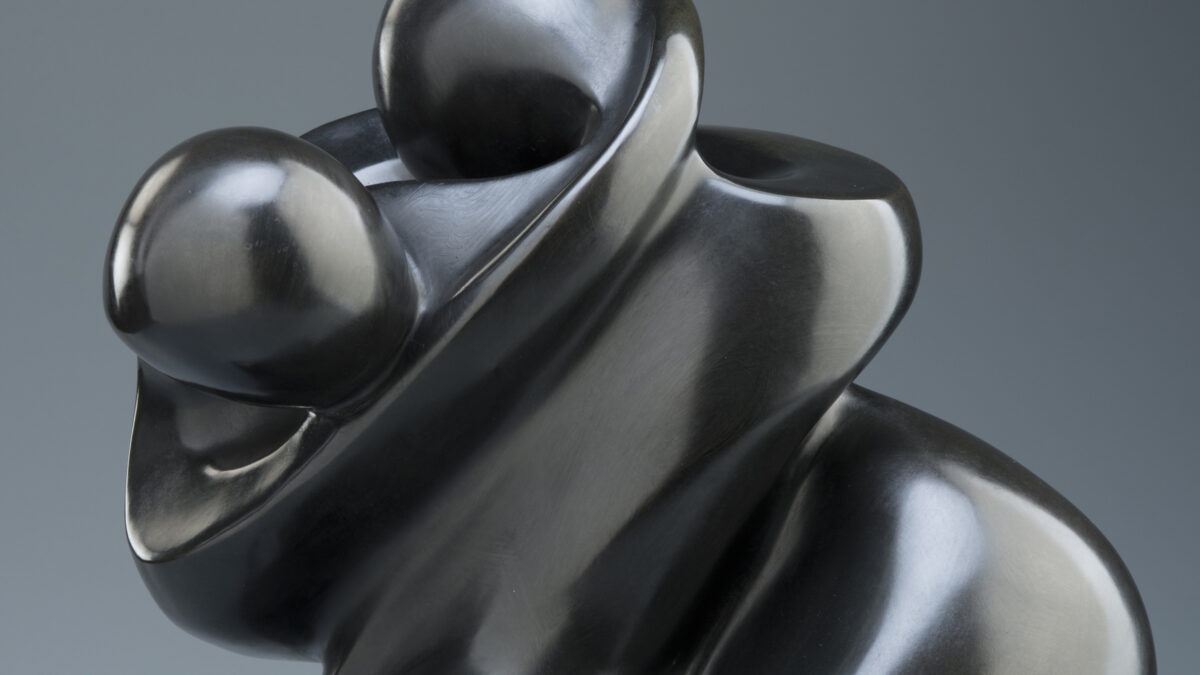 Fine artist and sculptor Shray is a woman of immeasurable emotional depth, and at the same time, ideas that soar to dizzying heights. She is a prophet of the insightful and profound. On almost any topic she sails through conversation with an air of confidence mixed with a mindful whimsy. Just like her sculpture, her presence is both refined and imposing. 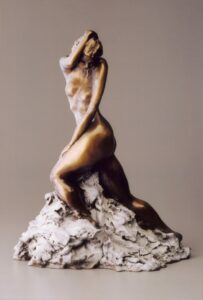 One confabulatory jaunt with Shray will start you down new avenues for thought and imaginative consideration. Sure to invigorate your mind and fire your creative engine, she is a sculptor, painter, drawer, thinker and aspiring physicist. Really? Well, yes.

As a young girl, her parents were both still in college. She recalls, “I was surrounded by books—mountains of books. I remember being fascinated—even then—with books on physics, in particular. One of my parents’ friends was a physicist who would discuss ideas and concepts of the subject with me.”

It was these early experiences with such a complex and abstract topic that shaped her view of the world and turned her towards an art form that deals directly with space and dimension. Says Shray, “My whole reason for loving sculpture comes from my study of physics.”

We’ll come back to sculpture and physics in a bit.

Our conversation started with the launch pad of fine art and the digital age. Like many fine artists, Shray started out with the tactile basics of pencil and paper. As her skills progressed and matured, she began taking on new mediums such as charcoal, paints and eventually clay and bronze.

In the later part of the 20th century, the introduction of the digital drawing tablet promised a new evolution for the process of creating fine art. This and other innovations like it were heralded as new, powerful and dextrous tools in the artist’s tool box. But she quickly realized it was just a device that served to remove her, by another degree, from the work. 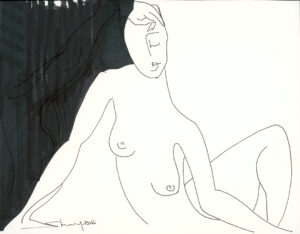 “There are so many nuances in a single stroke of an artist’s hand. If you draw a circle with charcoal, there are natural and pleasing irregularities. While these shredded edges of line may be minuscule, they are there. The viewer can perceive these variations and irregularities. They contribute to the final product, to the vibe and aesthetic of the creation.”

“When a drawing or a painting is converted to pixels, no matter the resolution, you have flowing shapes, curves, circles, that are recreated using square pixels – and it just doesn’t feel right.” Nevertheless, she muses, this microcosmically off-putting undertone of shape mutation hasn’t kept flat mediums (such as painting and the like) from being converted and proliferated via the internet.

The reason this digital distortion of organic flow in art is problematic becomes clear when Shray defines art. “The very essence of art is the control of line weight—whether painting or sculpture.” This idea is so simple yet so canonical. The authority of the statement lies in the realization that line weight on a two-dimensional surface is similar to spatial displacement in sculpture.

The problem for three-dimensional art is that it can’t truly be “felt” in a digital two-dimensional rendering. A photograph of a sculpture nullifies the effects of the sculpture. Now, this is where it gets really interesting. 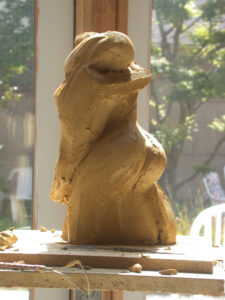 Shray recalls, in her youth, the experience of something as simple as walking into a room and feeling the residual energy of the mood of the room. She thought to herself that there must be an explanation for these atmospheric impressions. Through her study of physics, she has constructed a hypothesis to aid her imagination.

In the same way light and sound can be measured in wavelengths and represented visually, Shray theorizes that humans emit presence or energy waves that could be measured and rendered visually. This internal metric helps her when she designs figures. 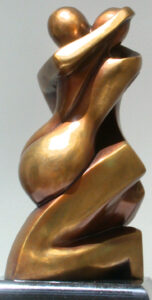 When Shray designs a figure, her approach is unique. “When I’m making a piece, the lines are making a wave in space. But I’m carving the space around the sculpture.” This idea harkens back to Michelangelo’s process of intently examining a block of marble and letting the marble dictate the figure that was hiding inside. He saw his job as simply removing the “extra material.”

This idea of exploring the space around a figure that is being formed could be described as a type of reverse abstraction. Sculptors, in a sense, are conveyors of and advocates for the fabric of the unseen world. The energy, the vibrancy, the tensile strength of the strands of emotional existence –– these are the pulpit they preach from, the rocket ship they ride –– endeavoring to physically fashion a window looking out of our consciousness. They are the astronauts of fine art.

In our next post, we will continue our fascinating look at artist Shray. Until then, examine her work and perhaps, begin your own journey into a new understanding of both your conscious and unconscious reality. 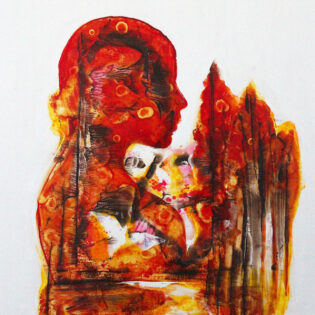