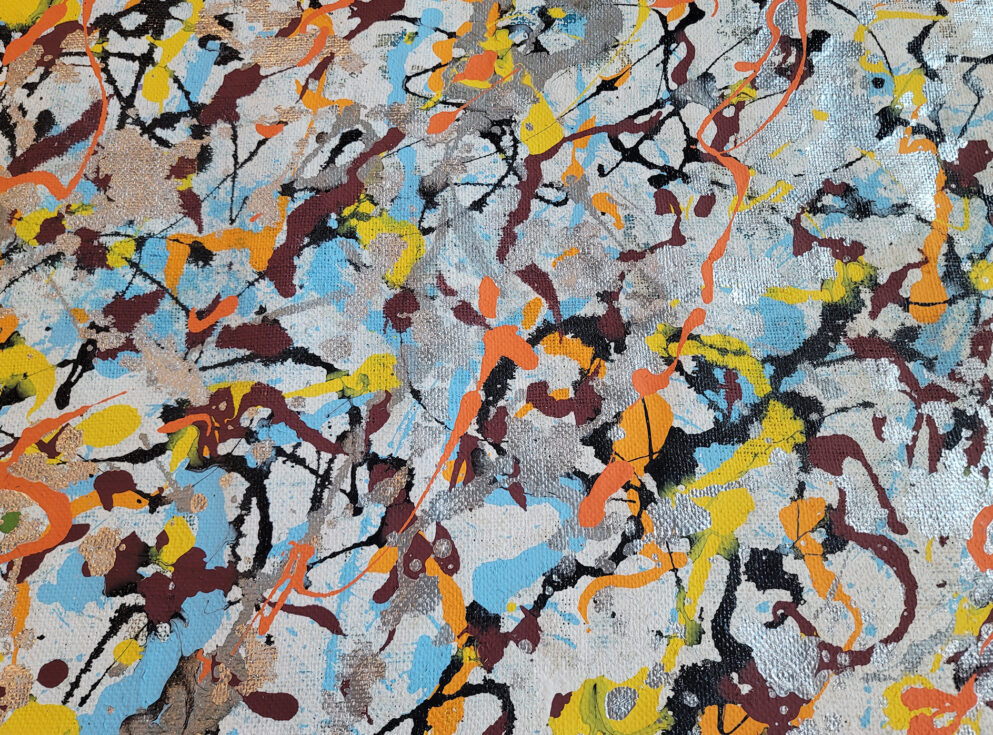 “It doesn’t make much difference how the paint is put on as long as something has been said. Technique is just a means of arriving at a statement.”
– Jackson Pollock

Born in Cody, Wyoming, in 1912, with his original first name being Paul, Pollock had a tough upbringing. He was born the fifth and youngest son to Scottish-Irish parents. He was moved throughout the Southwest during his childhood due to his father’s position as a surveyor. As he got older, he grew to love nature, including animals and the expanse of the land. In 1923, while living in Phoenix, he discovered Native American art.

Pollock, living in poverty, was lured to New York in 1930 to live with his brothers. There he studied under Thomas Hart Benton. While in New York, he was attracted to the Old Masters and mural painting. He soon met Mexican Muralist Jose Clemente Orozco and spent time observing Diego Rivera paint murals at the New Workers’ School. In 1936, Pollock came across muralist David Alfaro Siqueiros. During this time, Pollock learned to employ his unorthodox painting techniques. His canvas “Going West” (1934-35) blends these influences and is typical of his art style at the time.

In the summer of 1938, Pollock had a nervous breakdown and was in a psychiatric unit for a few months. Encouraged by a therapist during treatment, he produced drawings to aid in his recovery. Influences of Miro, Picasso, and Orozco can be found in his piece “Guardians of the Secret”(1943). In 1943, Pollock became a custodian at the Museum of Non-Objective Painting (later the Guggenheim Museum). Peggy Guggenheim invited him to submit his work to The Art of This Century. Later she would contract Pollock and give him his first solo exhibition. In 1947, Pollock introduced a new method that brought him international fame. He used flinging and dripping thin enamel paint onto a stretched canvas that he had laid on the floor of his studio. Pollock told Possibilities magazine, “my painting does not come from the easel. I prefer to tack the unstretched canvas to the hard wall or floor. I need the resistance of a hard surface. On the floor, I am more at ease. I feel nearer, more part of the painting, since this way I can walk around it, work from the four sides, and literally be in the painting.” This method drew in gravity, velocity, and improvisation and allowed the color and line to stand alone. What became known as “drip paintings” were less of a picture and more of a record of the fluid properties of the paint itself. Often still reflecting nature, this new style inspired a more extensive interpretation; the explosive, allover expanses (Number 1A – 1948, and One: Number 31 – 1950).

How Much is a Jackson Pollock Worth?

Understanding the worth of a Jackson Pollock piece isn’t as simple as knowing the sale price. Pollock’s work requires anyone who considers it to appreciate what was once seen as radical: ideas are more valuable than skill. Pollock changed how art was created – he had a new idea of how to do it. He replaced the brushstroke with the drip.

“Every so often, a painter has to destroy a painting. Cezanne did it, Picasso did it with Cubism. Then Pollock did it. He busted our idea of a picture all to hell.”
– Willem de Kooning

The first of Pollock’s paintings to be acquired by a museum was The She-Wolf, bought by MoMA for $650 on May 2, 1944. Pollock said of the painting: “She-Wolf came into existence because I had to paint it. Any attempt on my part to say something about it, to attempt explanation on the inexplicable, could only destroy it.” His career unfolded while mass media accelerated and pushed new ideas and images in art. Pollock got in on a trend that was just emerging and secured his place as an embodiment of Americanism and an internationally famous artist.

Pollock saw little financial reward in his lifetime, but today, his works bring millions of dollars and are considered extremely rare. In 2006, Pollock’s No. 5, 1948 became the world’s most expensive painting, when it was sold for $140 million. His cumulative art production is estimated at anywhere from 1.5 to 2 billion dollars today.

Is a Jackson Pollock Worth the Investment?

Abstract art is difficult to rationalize or articulate. It is a genre you must “feel,” and everyone has different feelings. That is the beauty of art. Pollock’s art remains controversial to some and continues to sell for millions of dollars. He has taken his place among the most significant American artists ever. With his legacy as one of the greatest artists, his paintings continue to increase in value and importance. Each time a Pollock piece sells for millions people continue to ask why. The short answer – Pollock’s drip paintings may not be accessible, they were seminal. They changed the way we think of art. They are not traditionally pretty, but they are both art and art history.

“There was a reviewer a while back who wrote that my pictures didn’t have any beginning or any end. He didn’t mean it as a compliment, but it was.”
– Jackson Pollock

Art will always be an investment, much like stocks or bonds. It ebbs and flows with trends and the ever-changing world. If it is something that you love and love to look at, if it makes you feel something that you can’t explain, then it’s worth the investment to cherish it for a lifetime.

The Legacy of Jackson Pollock: A Legacy That Continues to Inspire 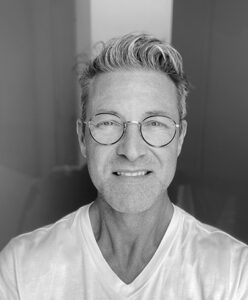 Pollock’s art continues to inspire decades after his tragic death. So many have used Pollock’s unique style to create their own form of expression using color and depth to create emotion and unlock feeling. Todd Williamson is one of those artists that use the abstract to enhance emotions. Much like Pollock, Williamson’s abstract “portraits” allow the viewer to see the sometimes-chaotic mass of color as both calm and peaceful. The lines compare to the war that wages inside a person. His art uses layers of color and movement to reference people but remains abstract. Pollock used the drip technique in much the same way. He evoked emotion through layers of opposing colors with lines and splatters. Each telling a story within a story.

In 2019, Williamson won the Pollock Prize for Creativity through the Pollock Krasner Foundation. Pollock’s foundation provides financial resources for artists to create new work, acquire supplies, rent studio space, offset living expenses and so much more to allow them to pursue their art. The Pollock Prize for Creativity was established in 2016 and awards an outstanding artist whose work embodies high creative standards and exemplifies the impact of art on individuals and society.

For more information on Todd Williamson, visit our artist spotlight.

How To Choose Fine Art Clients Will Love 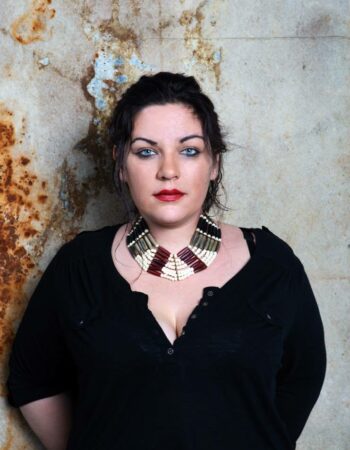 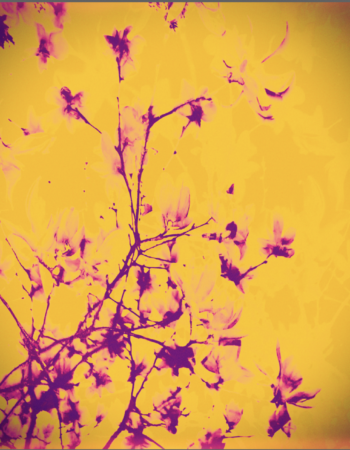