Art is Process: A Brief History of Jeffrey A. Dering, Part 2 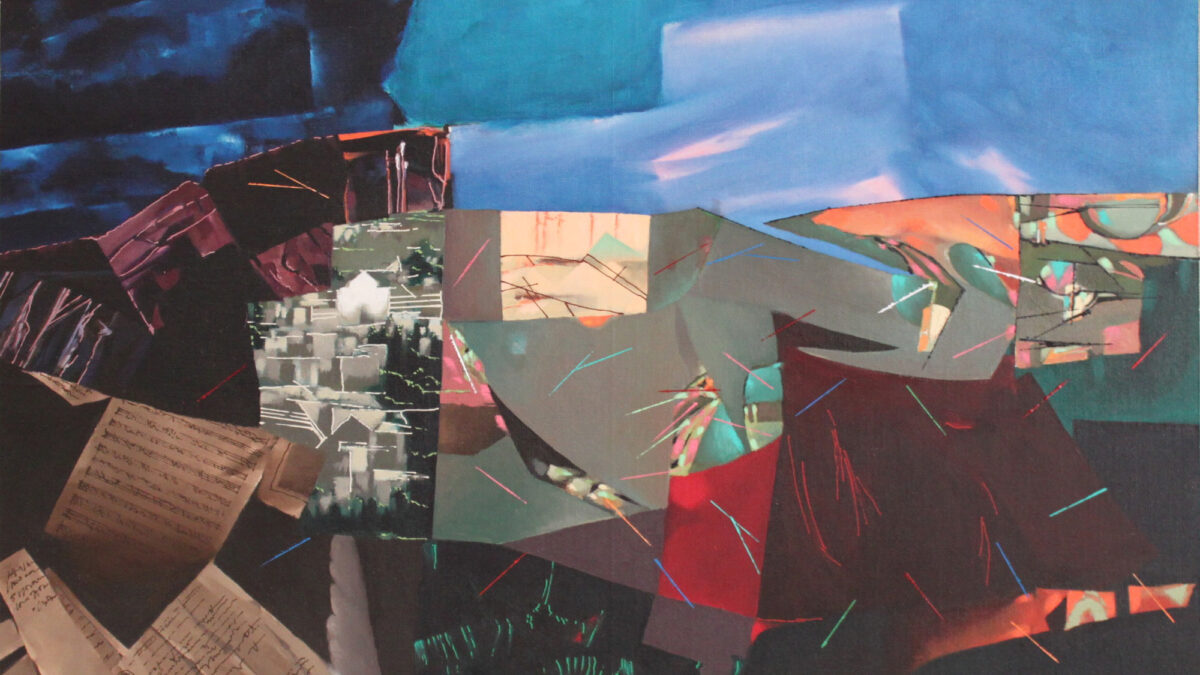 We’ve been getting acquainted with Jeffrey Dering this March on the Emillions Art blog. Jeffrey is an accomplished artist and businessperson — having worked around the world to create experiential environments for his clients and their customers. We are endeavoring to take a closer look at the inner workings of his art — and the enigma that is the formation of an artist’s process. Read Part 1 here.

Process can be a dry and somewhat pedestrian word. It’s the kind of term managers pepper into their motivational spiel to let subordinates know “success doesn’t come without engaging the mundane.”

But we shouldn’t be so swift to overlook the importance, and the promise, of process. Jeffrey Dering sees process as a mystery to be uncovered as art is born. It’s a beautiful and mystical experience.

There is process in every travail and triumph of a person’s existence. How we see the world is affected by our method for engaging it. This is especially true for those who endeavor to share their view of the world through visual art. 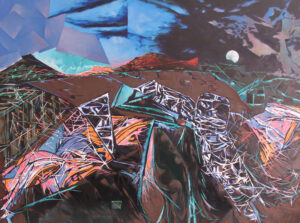 The things these brave souls create are tangible representations of what they think, how they feel. You could say, art is what feelings look like. But the path from the mystical, the intangible and formless world within, to the seen, heard and touched world without is arduous — even perilous. It is a path that must be plotted, calculated and navigated — much like a sea voyage.

Speaking with Jeffrey, one has a sense of his deep connection with his past. Like a ship’s captain, he pilots with a perseverant and patient spirit, tenaciously waking up through the swells and swales of adversity and momentous prevailing. For Dering, it seems, life’s progress is a culmination of the learning about and internalizing his process.

Dering recalls his formative days in middle school — when he began to awaken to those soul-deep brush strokes inside — the development of his own, unique process.

Says Jeffrey, “I had an imagination that was driven by both fact and fantasy. “Whether digging into natural history or world history, learning about primitive civilizations and beasts…. these created a thirst for immersive experiences.”

“I wanted to be an artist — but I also wanted to be a zoologist or an ornithologist… looking for birds or wildlife. There was probably not a day that I wasn’t creating something: a painting, illustration, designing a car or a house. I was fascinated with architecture; I just associated all of this with being an artist.”

His thoughts flow freely and lucidly, deftly jumping from one concept to the next. All the while weaving them together into a tapestry contextualizing his life’s story into one beautiful, cohesive picture.

“Design is a process. It’s having familiarity with your medium, and having the skill to use  it. But it’s a process. Even setting up your painting palette, chasing a medium, a substrate, a style — these are your blueprint. It’s all process.” 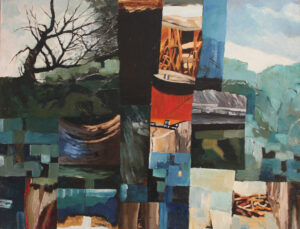 While he’s hesitant to even mention his heroes in conversation for fear of conflating his own importance with theirs, Dering still loves to include examples of history’s art masters in the conversation as illustrations of what all artists are striving for.

“Even the greats, such as Pollock, had a process. He wasn’t just throwing paint. Part of it was experimentation, but he learned that his technique, his processwas his art. He was creating certain mathematical rhythms with his art—patterns which are only now being measured, mapped and understood.”

“Leonardo Da Vinci was seeking a patron in the Duke of Florence, Lorenzo De’ Medici. In his letter to the duke he essentially says, ‘I can do all sorts of things for you. I can design weapons, fortresses, write plays, file patents and more. Oh, by the way, I paint also…’”

“The idea is that artists view themselves as more than their medium. The medium is a result of the individual, not the other way around. I realized, through my youth, I am a designer.”

This balance of design and art has been a theme for Dering’s life. While his career pursuits found him designing incredible immersive experiences for the public — working with Disney, National Geographic Society, and many others — his heart was beating and pumping with the rhythm of an artist.

He continued carving out a small space and time for his craft — and now seems a good time to unfurl the flag of his art into the wind. He has made his works available for art lovers and appreciators to experience — most of them for the first time.

Jeffrey is embarking on a new journey, taking all he has learned, the experiential wisdom gleaned from his storied career and pouring into his works of art. And we, as art lovers, are the benefactors.

One can conclude after a lively and invigorating conversation with Jeffrey, process is not an inhibitor of inspiration. But rather a tributary of it. Without the discipline of doing, without the regular execution of the craft, there is no opportunity for inspiration to radiantly rise.

This process of which Dering speaks is momentary, but also lifelong. It has become a friend, a guide, a companion as he pursues what’s next: the endeavor of turning what is uncreated into that which is blatantly and brilliantly illustrated.

In part 3 of this series, we will delve into the nuts and bolts of Jeffrey’s influences and the outcomes they’ve birthed — specifically, his works and projects.