Jean-Michel Basquiat still holds a few secrets even though the painter died at a very young and promising 27 in 1988. One of his untitled works, currently under private ownership, has just been through extensive scientific forensic analysis verifying that the materials and pigments are consistent with a date of origin of 1981, but that’s not all. Conservator Emily MacDonald-Korth found surprising fluorescent arrow designs on the canvas after she passed a black light over the artwork, which are consistent with Basquiat’s use of ultraviolet in other of his works. The notable discovery has been highlighted just last week on Artnet and in the Smithsonian’s SmartNews. 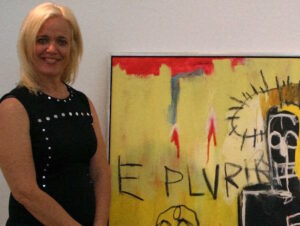 Marlissa Gardner, of Emillions Art, has been greatly involved in this current Basquiat discovery. Gardner is part of the team representing the painting’s owner. “This is exciting news for the art world as we keep uncovering clues to Basquiat’s creative process and how he lays down his ideas,” Gardner observes.

Marlissa, in partnership with Jeffrey Dering, of Dering Fine Art Consultants, brought the painting’s existence to light in 2017. Because the painting is very similar to Basquiat’s “Poison Oasis,” the team have named the painting, “Untitled: Variation on Poison Oasis” to signify that Basquiat often would paint on different canvases simultaneously. “Poison Oasis,” was painted in 1981 during the time of Basquiat’s breakthrough as a visionary on the New York gallery scene. “Untitled,” due to its established provenance and newly unearthed secret, brings Basquiat to the forefront again.

Be sure to watch Marlissa on WZVN, ABC affiliate for Fort Myers/Naples tomorrow, Tuesday, January 8, to hear more about the art world’s newest unveiling. 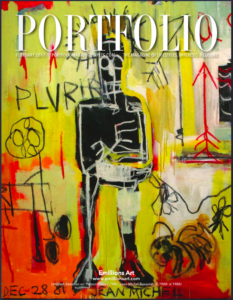