Earning international acclaim, his work has been interpreted as Surrealism, a sandbox for the subconscious mind, a re-creation of the childlike, and a manifestation of Catalan pride. In numerous interviews dating from the 1930s onwards, Miró expressed contempt for conventional painting methods as a way of supporting bourgeois society, and famously declared an “assassination of painting” in favour of upsetting the visual elements of established painting. 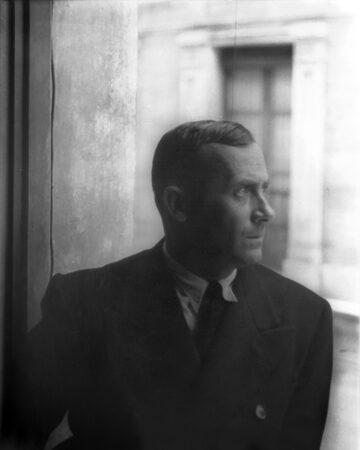 n 1954 he was given the Venice Biennale print making prize, in 1958 the Guggenheim International Award,[6][42] In 1981, the Palma City Council (Majorca) established the Fundació Pilar i Joan Miró a Mallorca, housed in the four studios that Miró had donated for the purpose. In Paris, under the influence of poets and writers, he developed his unique style: organic forms and flattened picture planes drawn with a sharp line. Generally thought of as a Surrealist because of his interest in automatism and the use of sexual symbols (for example, ovoids with wavy lines emanating from them), Miró’s style was influenced in varying degrees by Surrealism and Dada,[6] yet he rejected membership in any artistic movement in the interwar European years. André Breton described him as “the most Surrealist of us all.” Miró confessed to creating one of his most famous works, Harlequin’s Carnival, under similar circumstances: How did I think up my drawings and my ideas for painting? Well I’d come home to my Paris studio in Rue Blomet at night, I’d go to bed, and sometimes I hadn’t any supper. I saw things, and I jotted them down in a notebook. I saw shapes on the ceiling…[30] Miró’s surrealist origins evolved out of “repression” much like all Spanish surrealist and magic realist work, especially because of his Catalan ethnicity, which was subject to special persecution by the Franco regime. Also, Joan Miró was well aware of Haitian Voodoo art and Cuban Santería religion through his travels before going into exile. This led to his signature style of art making

Throughout the 1960s, Miró was a featured artist in many salon shows assembled by the Maeght Foundation that also included works by Marc Chagall, Giacometti, Brach, Cesar, Ubac, and Tal-Coat. The large retrospectives devoted to Miró in his old age in towns such as New York (1972), London (1972), Saint-Paul-de-Vence (1973) and Paris (1974) were a good indication of the international acclaim that had grown steadily over the previous half-century; further major retrospectives took place posthumously. Political changes in his native country led in 1978 to the first full exhibition of his painting and graphic work, at the Museo Nacional Centro de Arte Reina Sofía in Madrid. In 1993, the year of the hundredth anniversary of his birth, several exhibitions were held, among which the most prominent were those held in the Fundació Joan Miró, Barcelona, the Museum of Modern Art, New York, the Museo Nacional Centro de Arte Reina Sofía, Madrid, and the Galerie Lelong, Paris.[32] In 2011, another retrospective was mounted by the Tate Modern, London, and travelled to Fundació Joan Miró and the National Gallery of Art, Washington, D.C.. Joan Miró, Printmaking, Fundación Joan Miró (2013). And two exhibitions in 2014, Miró: From Earth to Sky at Albertina Museum, and Masterpieces from the Kunsthaus Zürich, National Art Center, Tokyo. An exhibition entitled Joan Miró: Instinct & Imagination was held at the Denver Art Museum from 22 March – 28 June 2015 showing works made by Miró between 1963 and 1981, on loan from the Museo Nacional Centro de Arte Reina Sofía in Madrid.