Lucano is a drawer, art director and illustrator, born and based in Buenos Aires. After obtaining a degree in Graphic Design, he won the National Award for Illustration (ADEPA). In 2003 he founded the parodic magazine Barcelona (an Argentinian publication comparable with the satirical magazines, the American The Onion, and the French, Charlie Hebdo), which is still in circulation today. His experience as a magazine director and as an editorial illustrator of various print and digital publications result in drawings and collages that are crossed by his point of view as a journalist. Lucano has had solo exhibitions in national museums of Argentina and exhibited his artworks in international art fairs in the USA. He has published several illustrated books. “I’m a drawer, Lucano states. “My art is violent, wild and satiric. I am interested in topics such as politics, persecution, eroticism and death. I use the parody to talk about these issues, which I sublimate with my art. My work is figurative, parodic and humorous.” He is greatly influenced by the works of  Francis Bacon and Ralph Steadman. 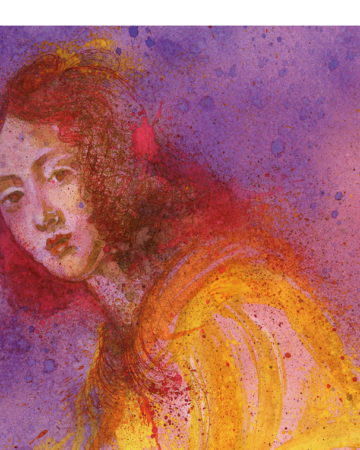