Emillions Art Masterworks provide ambitious collectors with the level of white-glove service required of one-of-a-kind invaluable pieces. Emillions Art excels at refining a collection and selecting pieces of significant provenance to increase the value of a collection. As expected, we operate with complete discretion and transparency for all parties.

View our sampling of Masters to enhance your collection.

Collectors often inherit works or wish to build a portfolio of works based on what has been available to their art dealer. Emillions Art’s extensive contacts with art industry professionals in various international art markets in London, Dubai, Spain, Boston, and Naples, Florida provide diverse opportunities and exposure to rare and specific artwork. This allows Emillions Art to perform at optimum permitting us to acquire the perfect piece for existing collections.

The Emillions Art team of professionals includes experts in a diverse range of Masters Works, spanning the Old Masters to the post-war Modern Masters. Our list of masters shifts with market availability. At any given time, the Emillions network has access to singular, original paintings from Dutch masters of the Renaissance to postmodern paintings of the 20th century.
As Masters works purchases are typically a complicated process, Emillions Art takes on the duty of making your experience enjoyable and fluid. Your art consultant will provide necessary documentation, the arrangements for private viewings of both rare and original Old Masters and Modern Masters artwork and coordinate schedules to complete transactions on your behalf.

*Emillions Art only works directly with the principal buyers or sellers of Masters Works and/or their verifiable representatives or attorneys.

Art Of The Modern Masters

Historians point to the artwork of mid-19th century French painter, Edouard Manet as roughly the beginning of modern art, with the movement taking place in the later decades of the 19th century and extending into the 1970s, while including Pop Art and conceptual art. The tricklings of modernism in the earlier part of 19th century were brought to the forefront by events of huge upheaval, such as the French Revolution in 1789. The French Revolution upended institutions and social conventions in ways abrupt and unforeseen, creating fissures in the cultural fabric for the modern movement to take hold. Paintings and sculpture, which had largely been representational up into the 1800s, integrated new perspectives. The Impressionist painters, for instance, gave precedence to how natural light falls upon an object or scene. So, to render this impression, brushstrokes were freely applied, without constraint from lines or borders of color. Fauvism took this trajectory further, abandoning aspects of realism retained in Impressionism. The closer the 20th century loomed, the more art evolved into abstraction and conception. The rest, as they say, is art history.

Art Of The Old Masters

The Old Masters comprise artists from across six centuries, from the 1300s up to the 1800s. The term “Old Masters” originally applied to formerly trained artists who were members of artists’ guilds. Now, the term seems to be a catch-all for the European powerhouse master painters prior to the 1800s, before modern art began its ascent. 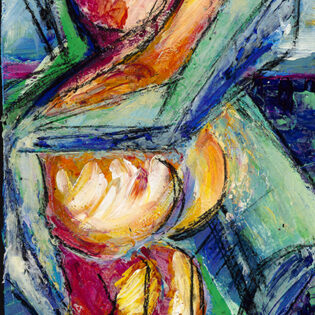