(22 July 1898 – 11 November 1976) American sculptor known both for his innovative mobiles and monumental public sculptures. He also created paintings, jewelry, theatre sets and costumes.
Alexander Calder, known as Sandy, was born into a long line of sculptors, being part of the fourth generation to take up the art form. Constructing objects from a very young age, his first known art tool was a pair of pliers. At eight, Calder was creating jewelry for his sister’s dolls from beads and copper wire. Over the next few years, as his family moved to Pasadena, Philadelphia, New York, and San Francisco, he crafted small animal figures and game boards from scavenged wood and brass. Calder’s interest initially led not to art, but to mechanical engineering and applied kinetics, which he studied at Stevens Institute of Technology in Hoboken, New Jersey (1915-1919). 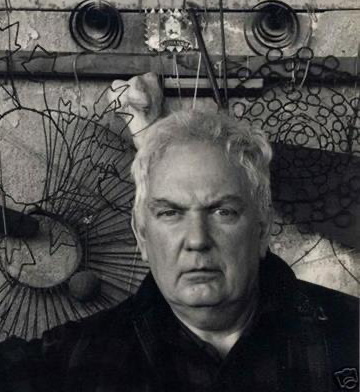 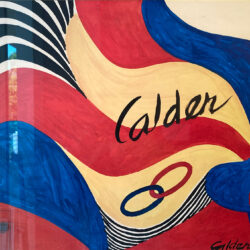